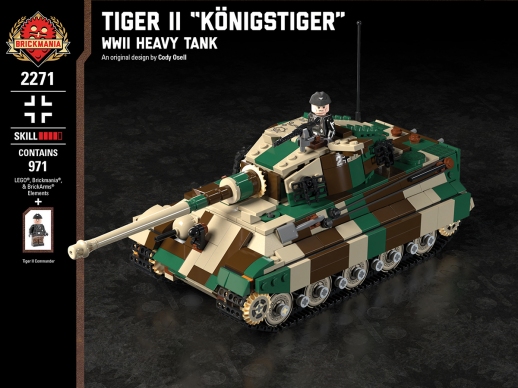 BRICKMANIACS! We are incredibly excited to announce the presale of the Tiger II “Königstiger” WWII Heavy Tank – available NOW on brickmania.com! This kit will be a one-time only release due to its use of rare parts and unique colors so pick yours up while they last!

Our most recent single-batch release is the Centurion Mk.III Main Battle Tank. Upon the sale of the initial 100 kits it will not be slated for restock, so get yours while you can!

Also!! As Brickmania’s 12 Holiday Deals Under $50 continues, the specials just keep coming! This week’s second gift idea is an awesome one-two punch, and great for anyone new to Brickmania.

When you buy one BrickArms® WWII Weapons Pack V3, receive a FREE WWII Starter Sticker Pack with your purchase! The pack includes… 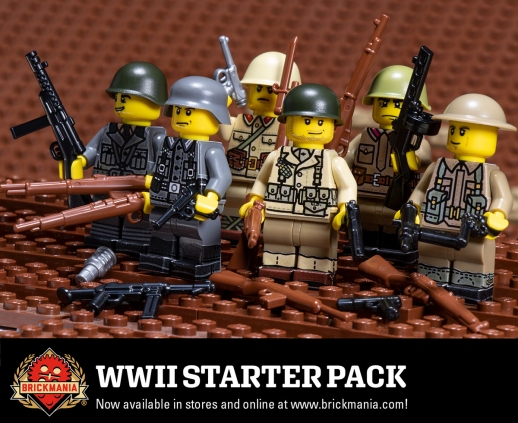 Mixed with the helmets, weapons, and other gear included in the BrickArms® WWII Weapons Pack V3, you’ll have everything you need to begin epic creations from the WWII era – all for $14 plus tax and shipping! This offer will remain available until Monday 11/24 at 4:00 PM when we announce the next of our 12 awesome deals! 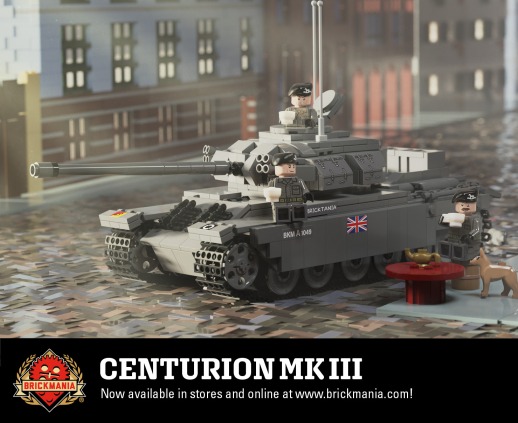 Debatably more effective than the M26 Pershing and M46 Patton in combat, the Centurion Mk III served extensively in the Korean War. Introduced in 1948, the Mk.III featured an automatic stabilization system that provided better accuracy for the tank’s powerful Ordnance QF 20 pounder and would be used around the world in countries such as India, Australia, Israel, Egypt, and Canada.