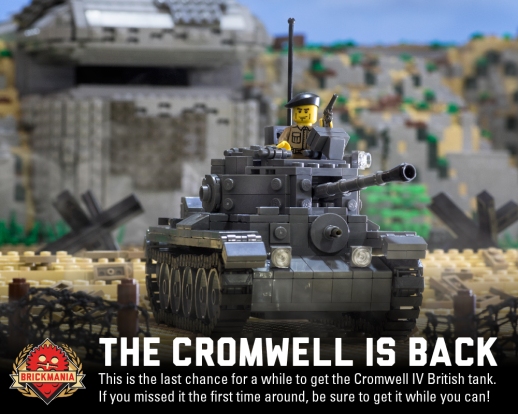 If you missed the Cromwell last week, here is your second chance.  The second and final batch of Cromwells is back in stock.  Pick up your today and get this piece of WWII history today.

The A27M “Cromwell” Cruiser Tank, named for English Civil War leader – Oliver Cromwell, was the first tank put into service by the British to combine a dual-purpose gun, high speed from the powerful and reliable Meteor engine, and reasonable armor, in a balanced package. The Cromwell first saw action in the Battle of Normandy in June 1944. The tank equipped the armoured reconnaissance regiments of the Royal Armoured Corps (part of the  Royal Tank Regiment), within the 7th, 11th and Guards Armoured Divisions. While the armoured regiments of the latter two divisions were equipped with M4 Shermans, the armoured regiments of the 7th Armoured Division were equipped with Cromwell tanks.  The Cromwell IV was the most numerous variant with over 1,935 units produced. It was not uncommon for this variant to be modified into an observation post. This entailed fitting the tank with 4 portable radios – no. 19 and no. 38. There are currently at least 25 Cromwell IV that exist in the world, many of them in running condition. 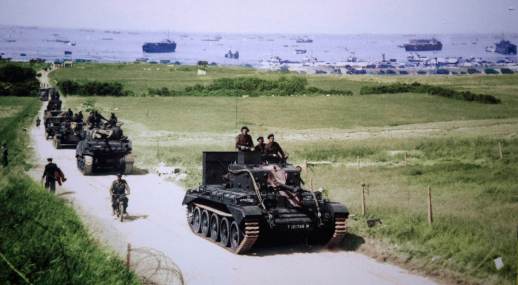 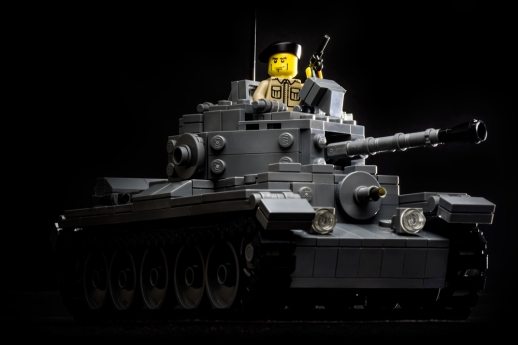 For a limited time only, we will include a free fully outfitted WWII British Infantry Custom Minifig with every Cromwell IV kit.  Offer good while supplies last.